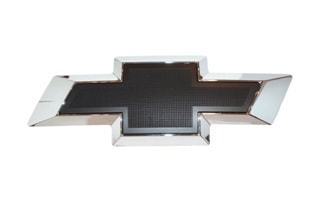 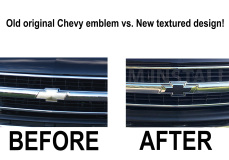 This emblem has the same overall size and is mounted the same as the OEM with two prongs on the back.

​Updated the look of your Tahoe at a lower price than the OEM part.